Parodoxes of humanity and morality brought to light

Directed by Mammad Aidani, The Two Executioners deals with the repercussions of a woman who reports her husband to the authorities for an unnamed crime. As he is tortured upstairs, the woman and her two sons argue over their guilt and betrayal.

There are many questions raised throughout the play: why has Francoise reported her husband? What crime has Jean committed? How has this woman created such a strong hold over her sons? 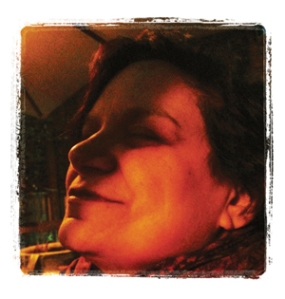 None of these are fully answered and we are left to our own creative devices to ponder and resolve. The lighting also plays a part in creating this intense and ambiguous atmosphere with a lot of shadows being deliberately cast on the actors. The stage is never fully lit with only small pockets given light at a time, thus literally keeping us in the dark as to what is truly happening and who is in control. Another effective direction of Aidani’s was to have the torture of Jean occur off stage – with the audience able to hear his screams of pain our imaginations are forced to create the horror.

Wahibe Moussa is exceptional as Francoise. She initially comes across as a desperate woman and a victim, but slowly crosses the line to manipulator and betrayer. It’s not always clear which way she will go and as Moussa plays the role full of subtleties, you are left guessing even after the play has ended as to whether Francoise was indeed a good person with high morals – or the true villain of this story.

Clearly Francoise is the protagonist of this tale, but I would have liked to see more character exploration with her sons, Maurice and Benoit (Shahin Shafaei and Osamah Sami). Maurice has a lot of anger but also displays conflicting emotions towards his mother which needed justification, and would have been great to see Shafaei able to deal with these contradictions in the narrative. Sami may have had a few opening night nerves but quickly found his way and established his character as Francoise’s ‘favourite’ son, but I felt the ensuing tension between him and his brother needed to be developed further.

There are times when the story does flounder and get repetitive in its dialogue which can sometimes take you out of the moment and undercut the drama. However, what draws you back in is the beautiful and poetic language used throughout the play, which is not surprising given playwright Fernando Arrabal‘s background in poetry.

Overall, The Two Executioners has some strong performances, some lovely writing, and brings to surface many dark questions about good and evil and right and wrong that will keep you thinking long after the lights come down.