Seeking connections and searching for identity 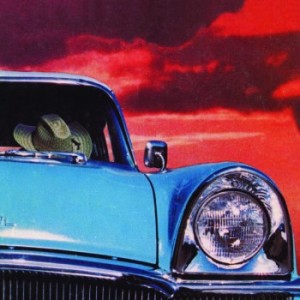 Cruising Paradise by Terence O’Connell takes a number of Sam Shepard’s (American writer, playwright, actor, and television and film director) short prose tales and stages them as a variety of monologues and scenes. Presented by graduates of The National Theatre Drama School in St Kilda and performed at fortyfivedownstairs, the piece is certainly an interesting and ambitious project.

Shepard is well known for creating environments of loss, desolation and solitude in his stories which Cruising Paradise is able to convey, but it is at the loss of allowing the audience to remain fully engaged with the piece. Part of the problem is that too many stories are performed; Shepard’s stories are already so rich and demanding for an audience that it just felt unnecessary to have so many similar stories on stage in such a short time.

Furthermore, there is little differentiation between how the majority of the monologues are delivered, which made it difficult to follow some stories. It’s quite a shame as the cast (Mandie Combe, William Ewing, Camille Meghaizel, Lucy Norton and James Stanistreet) have clearly put significant thought and effort into their roles, with notable mentions going to the more senior members of the company Meghaizel and Combe, who embrace their characters with much gusto.

The stories that did work well were therefore the ones that had the actors interacting with each other in some way or where there was a slight costume change that greatly assisted in distinguishing between different tales. Unfortunately this did not happen throughout the night.

The musical interludes were entertaining to watch and a nice break from all the monologues. The composition by Paul Norton was well-suited to the voices of the three main singers Combe, Ewing and Meghaizel.

Overall, the stories in Cruising Paradise dealt well with themes of lonely people who are looking for a connection, trying to figure out who they are and searching for an identity. I only wish the show itself could (instead of simply drowning us in so many of Shepard’s stories) have had some of that insight and been able to give each tale individuality, while drawing all the pieces into a whole.