Daisy Berry would be a great name for a free-spirited hippie. The actual Daisy Berry is anything but. She’s a feisty, cheeky, f-bombing 20-something with a warped sense of humour who offers up her life and issues for scrutiny. But is she mental? That’s the fifteen or twenty dollar question and the audience is invited to decide. So channel your inner Simon Cowell and be as judgy as you like because Daisy probably won’t care anyway. 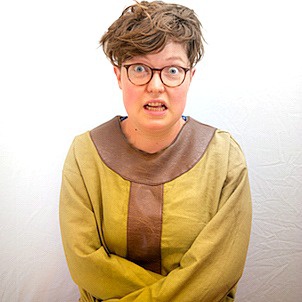 Am I Mental? is Daisy’s first solo show, and if she had any opening-night jitters, they weren’t visible. From the get-go, she casually chats to the audience like an old pro(fessional) in a way that makes you feel like you’ve known her for ages.

This reviewer has seen many emerging comedians in small venues, some now famous, who don’t ‘work the room’ and miss an opportunity to really connect with an audience.
Daisy takes us on a tour of her short (in years and height) life where she displays a gift for storytelling and a sardonic wit. There were plenty of laugh-out-loud moments for most of the audience but not for this reviewer. Don’t get me wrong. Daisy is very engaging and I held onto her every word and smiled many times. However, I feel the material needs some development in terms of the punchlines offering an element of surprise. She did this particularly well though when revealing the nature of her mother’s ‘addiction’.

Moreover, some of the more personal tales need to be teased out a bit more so the audience sees beyond Daisy’s tough exterior and gains a sense of her vulnerability. I’m not suggesting she spills her guts until she cries and gently rocks in the corner. However, tragedy and comedy can make great bedfellows and reflecting on personal tragedies can be both poignant and funny. Both Judith Lucy and Denise Scott (who obviously have truckloads of years on Daisy!) do this very well. Daisy has the potential to become just as adept as her comic foremothers. Catch her while she’s cheap and cheerful! 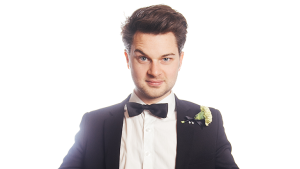 Most of Culliver’s humour centres on self-deprecation and observational comedy, but as with most comedians, Culliver sees things from an exceptionally unique perspective. The performance space is quite intimate, and Culliver interacts with the audience with ease. This is especially evident in the off-the-cuff moments where things haven’t quite gone to plan, and a completely unfazed Culliver, takes it all in his stride.

I was a little worried at the beginning of the show as Culliver’s delivery seemed frenetic and he was talking so quickly I couldn’t quite catch what he was saying. Thankfully this didn’t last very long and the pace and atmosphere soon relaxed. The ending was a little philosophical for where I thought the show was heading; this aside it was a show full of chuckles.

Culliver is endearing and I especially liked the way he spoke to everyone as they left the venue. The show’s one of the shorter ones in the Comedy Festival and its late night, time slot would actually work really well for anyone looking to wrap up their evening with some great laughs.