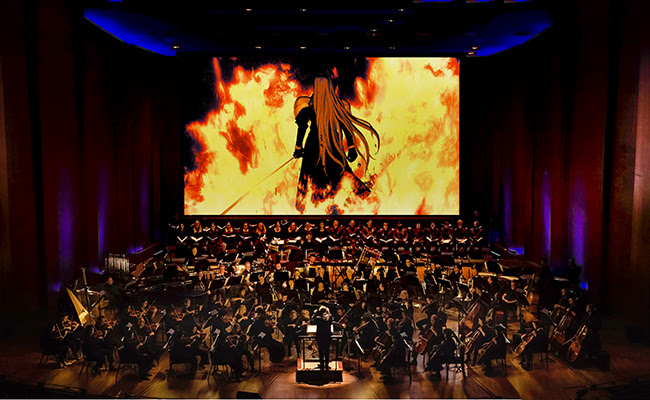 An evening of absolute pleasure and beauty

Video game fans braved the icy weather and rain for the first ever presentation of ‘Distant Worlds – Music from Final Fantasy’ in Melbourne, and their dedication was well rewarded. From the first glorious strains of the harp, the 100 piece Distant Worlds Orchestra and Chorus cast a spell over the attentive and enthusiastic audience.

Conductor Archie Roth was electric and energetic in his handling of the orchestra, and in between he was charming and affable in his introductions to all of the numbers (often calling out for the fans of each specific iteration to cheer). An incredibly special treat on the night was the presence of the legendary Yoko Shimomura, composer for the Kingdom Hearts series and Final Fantasy XV (the latest in the series), and her compositions ‘Somnus’ and ‘Apocalypsis Noctis’ were two of the highlights of the evening.

The first half of the concert was a mixture of selections from across the series. The program began with the opening theme of Final Fantasy VIII, drawing gasps of pleasurable recognition before segueing into the operatic ‘Liberi Fatali’ which utilized the chorus to brilliant effect. Composer Nubuo Uematsu (the main composer of the Final Fantasy series) was well represented across the board, the brilliance and beauty of his dramatic melodies – as well as the quirkiness and distinctiveness of his more character driven themes – brought completely to life by the orchestra. Masayoshi Soken’s ‘Heavensward’ from Final Fantasy XIV was absolutely riveting with its celestial soprano solo blossoming into a full choral and orchestral climax, alongside Hitoshi Sakamoto’s brutal and bombastic ‘Flash of Steel’ from Final Fantasy XII.

The second part of the evening was dedicated mainly to the score of Final Fantasy VII, which can be justified in light of both the game’s importance musically to the series in addition to its importance to the global canon of video gaming. The video projections screened through every piece were at their most effective here, mixing together visuals from both the original FFVII, the subsequent spin-offs and even newly remastered footage from the upcoming remake (which drew delighted squeals across the audience). The iconic opening Bombing Mission, the emotional and heart-rending Aerith’s Theme, the commanding Cosmo Canyon and charming Cinco de Chocobo finally leading into the terrifying JENOVA COMPLETE and the series’ most recognizable and masterful musical moment, One Winged Angel.

An evening of absolute pleasure and beauty for fans of the beloved video game series!