There is no denying that David George’s Islamophilia is a very topical concept for a play; it is also perhaps a very timely and important one as well. 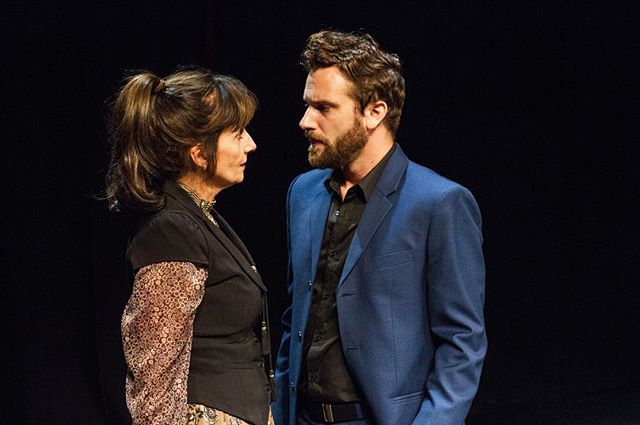 Set in Melbourne, and based on a true story, Islamophilia deals with many of the misconceived, troublesome and ambiguous interpretations of Islam and what it means in contemporary society. It does so by using the story of Shadahan’s (Laura Lattuada) family to explore the multiple perspectives of both devout believers and those struggling to believe and understand. Shadahan and Fariz (Chris Jackson) – a scholar and Shadahan’s love interest – are both devout believers, while Daanish (Gerard Lane), also a scholar and Shadahn’s husband, is a convert. Freddy (Adam Direen), Daanish’s brother, is a sceptic, although considering the idea of conversion. And Aisha (Indea Quinn) is Shadahan’s daughter and represents the eager voice of those seeking to understand. The family and Fariz are drawn together by a common purpose; the production of a new Islamic Journal that is seeking to find a future for Islam in a world that is not very accepting.

The play is dialogue and content-heavy, and weaves in a great deal detail about Islam, which is to be expected; but it doesn’t come up for breath. The ideas, questions and challenges were all really interesting but at times I struggled to keep up and digest everything that was artfully been tossed around the stage. There was a nice balance between assumed knowledge and new ideas, and the discussion often returned often to addressing concepts of extremism and the multi-understandings of the Quran. These discussions were often intertwined with references to art and beauty, but always lingering in the background is the threat of violence, intolerance and prejudice.

While the dialogue is fast-paced – the cast do an amazing job under director Helen Trenos to move seamlessly through it – the staging is very minimalist. There are a few lighting transitions used to denote the passing of time and allow for the elegant transitions between scenes. The limited use of music is effective punctuating the discussions of traditions and beauty. Everything, other than the characters’ interactions, is understated; there is nothing to compete with the key ideas.

Educational, thought-provoking and at times confronting, this is an important play that gives a strong voice to the intricacies, beauty and nuances of Islam. Intense and intriguing, Islamophilia is one of those plays that will still have you thinking well after it ends.