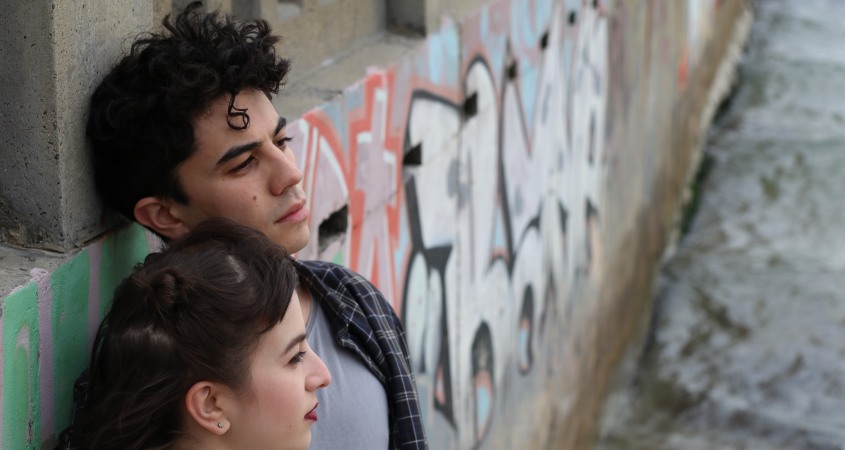 EbbFlow Theatre Company make their debut with a strong inaugural production of Blackrock, Nick Enright’s classic Australian work that remains as horrifically relevant as when it was first penned. This small town tale of murder, misogyny and monstrous masculinity proves that in the nearly twenty-five years since it was originally performed almost nothing has changed.

Every member of the cast feels perfectly suited to their role, managing the tricky transition between the broad comedy of the opening scenes to the darkening horror that engulfs the rest of the play. It is a credit to all the actors involved that I felt I knew every one of these characters from my own adolescence, laughing and cringing in recognition as they unfolded. Director Nicola Bowman wisely keeps the pace racing at high speed, although some of the scene transitions involving drums and metal scaffolding in the set slowed this down on opening night.

The standout of the cast is Jayden Popik as surfer legend Ricko, perfectly capturing the effortless and compelling charisma that slowly crumbles over the course of the story. Karl Richmond as Jared gives us a compelling portrait of a teenager caught between his own gentle spirit and the inexorable pull of masculine violence that envelops all around him. Luisa Scrofani ably handles Rachel’s transformation from lovestruck young girl to the strongest voice of moral outrage.

What must also be considered is the politics of a play (controversially based on the true murder of an 14-year-old girl) about rape culture that was written by a man and focuses primarily on male characters. While the exploration of male friendships and relationships feel painfully real and layered, the female characters seem curiously flattened and less textually complex. In addition to these questions is the implication of never having the female victim appear on stage or have any voice – she is essentially erased from the story of her own death.

While Bowman as director does an admirable job of emphasising the voices of women and the continuing marginalisation and violence against women in the modern day, the text feels inescapably planted in the male gaze and experience – the one aspect that has not aged well, though this is in no way the fault of this solid production.

An auspicious debut for an emerging company, and a strong take on an enduring classic that deserves viewing by anyone who loves Australian theatre!

Blackrock is being performed at St Martin’s Youth Theatre until 3 August. Tickets can be purchased online.