Intelligent, and as emotionally reserved as its protagonist

Long-time collaborators writer Patricia Cornelius and director Susie Dee deliver Big Heart which tells the story of the Mother (Andrea Swifte) a wealthy Australian woman who adopts babies from five different continents of the world. Big Heart examines the generosity and greed of a privileged woman with a big yet cool and conditional heart. Her adoption scheme reveals imperial undertones that says more about her own needs than those of her children. 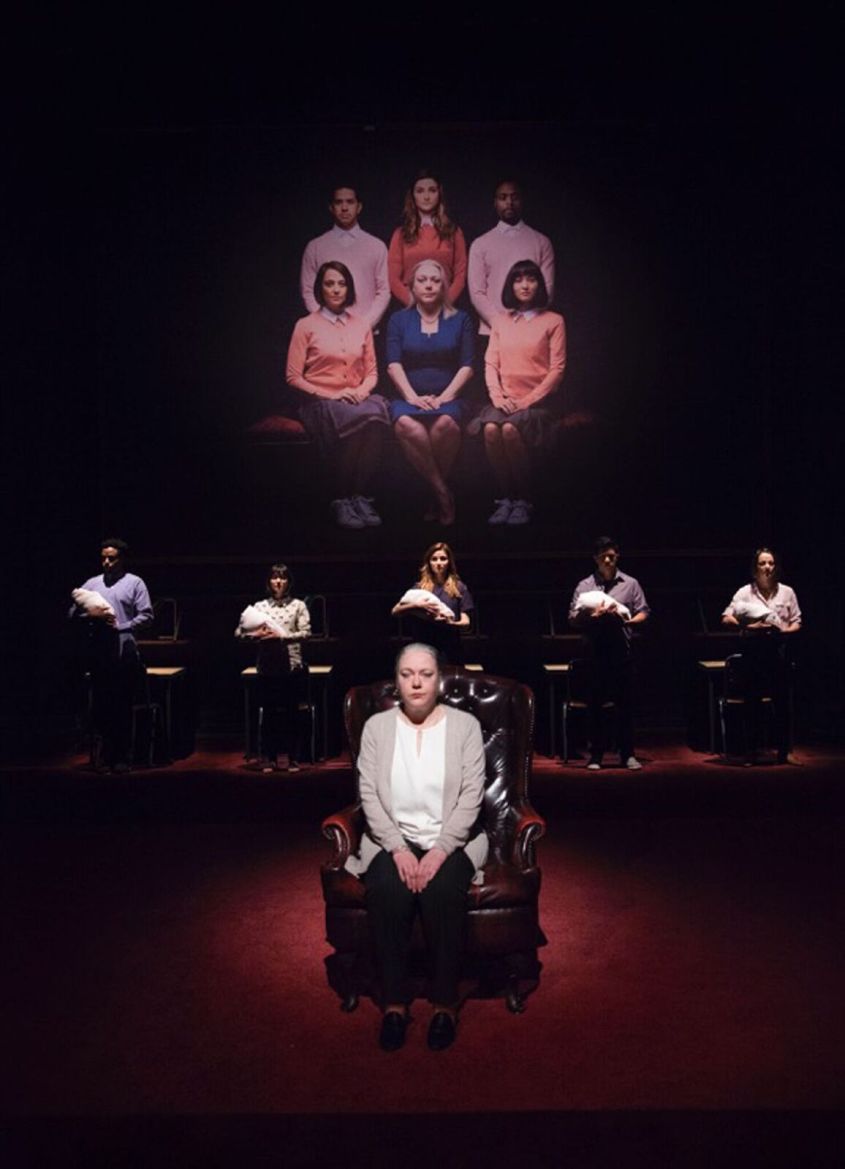 Through a series of stylized, physical vignettes, we see the growth of the adoptees from wailing babies through the hectic blur of childhood and teenager drama into young adulthood.  While Mother does much right – encourages her children to learn about the culture from their countries of origin, Viet Nam, Sudan, Bosnia, Nicaragua and Indigenous Australia, and tells them each the details of their adoption story – love seems thin at home. The children are isolated within their family collective and dysfunction between siblings grows. Mother has a particular blind spot towards her Indigenous son, Charles, played effectively by Sermsah Bin Saad, and reveals some ignorant beliefs about his culture and nature. Mother’s direct addresses to the audience establish intimacy but no revelations; the character changes little over the decades and the audience is not permitted into the inner workings of her mind. I found the convention of adults playing children a little wearisome at times but as the children developed into young adults, their desires to belong and cope with the racism of upper-class white Australia are portrayed deftly and with feeling by Daniela Farinacci, Kasia Kaczmarek, Vuyo Loko and Elmira Jurik.

Set and costume designer, Marg Worwell, creates an opulent world and dresses the children in coordinated knits like a United Colours of Benetton ad. Lighting, by Rachel Burke, and sound design, by Darius Kedros, build different worlds, including Uluru at sunset as the characters visit the symbolic heart of Australia as multicultural tourists.

With allusions to the Stolen generation and the human trafficking side of global adoption, Big Heart was smart but guarded; it made me think more than it made me feel although it may strike closer to home for those more closely connected to adoption.