The first thing I noticed when Wil Anderson came on stage to perform his 2012 Melbourne International Comedy Festival show Wilarious, were the missing presence of thongs. 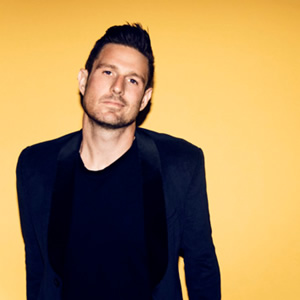 I have seen Wil perform five times and each time he has never worn proper shoes. I felt this was going to be a very different show with him standing in front of a room full of people – except for the two empty seats front row center  (their loss) – wearing shoes!

The beauty of Wil is that much of what he says has probably happened to many people, but it’s stuff that hardly anyone is willing to admit in a public forum. Put your hand up if you would happily (ok, maybe not happily) admit that “someone once fell asleep as I was going down on them”. Didn’t think so. But Wil does. And despite the subject matter, he doesn’t allow it get into crass territory, a trap into which so many others fall into.

Much of Wilarious does however draw on current issues and social commentary. There a perfect blend of seriousness and humour in what Wil has to say: from gay marriage rights to teaching kids that life isn’t always fair and not having them believe everyone comes up a winner all the time. There is truthfulness and reality to what Wil is saying and with his unique blend of story-telling and humour, and it makes for some poignant moments too – followed by fits of laughter.

Wil tells us that his mantra in life is that if you hear something negative, turn it into a positive. Sadly, it cannot be done in this circumstance as Wil is in top form delivering the right amount of laughs with the right amount of thinking and intellect. Wilarious met and exceeded expectations, reminding me why Wil Anderson is still considered as one of the best Australian stand-up comedians today.