After two sell-out seasons in Perth, cabaret starlet Analisa Bell has brought her cabaret spoof Gold-Digger to Melbourne for the International Comedy Festival. The intimate and wonderfully quirky Butterfly Club is the perfect setting for this show as we are welcomed at the door to Rosie’s house. But Rosie who? 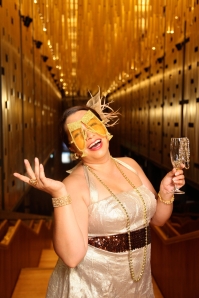 Rosie Port-e-lou (the infamous wife of mining magnate, Sam Bankock – you with us yet?) makes a grand entrance with a robust version of Hey Big Spender, asking audience members, “How about a few laps?” with a politically incorrect and hilarious accent which guarantees all the laughs instead.

The first half of the show is dedicated solely to the life and times of Rosie as she moves from the Philippines to marry a millionaire in Western Australia. This is material which I’m sure gained much more interest in Perth than it will in Melbourne but Bell’s magical voice and terrible accent moved things along, albeit slowly. 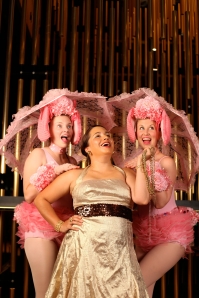 It isn’t until Rosie storms out halfway through that this show really begins to shine. Audiences are in for a treat when she jumps back onto stage to teach us all how to catch a man and keep him as this seemingly standard cabaret turns into a twisted revue, complete with dancing pooches, audience interaction and free lollypops (to practice the sucky sucky!).

With some wonderful musical arrangements and interesting lyrical changes the music is the standout of this production. The awkward, but obviously talented accompanist Tim Cunniffe proves a weird straight-man to this surprising show which will leave you shaking your head but smiling at the same time.

Gold-Digger: The Shags to Riches of Australia’s Iron ‘ore is being performed as part of the Comedy Festival from March 31-April 3 at The Butterfly Club in South Melbourne. 7pm (6pm Sun) and bookings can be made online: www.thebutterflyclub.com 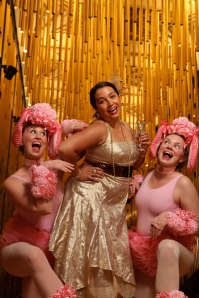